A cycle of ritual murders. A coven of dark warlocks, drawing their immortality from the magic of their dead master. Two men sworn to stop the deaths, destroy the warlocks, and avenge the victims. Except this time, the killer flips the script.
Seth Tanner swore vengeance on the dark witches who killed his brother, Jesse. He rescued Evan Malone from one of the witches, and they’ve fallen in love despite the danger and chaos, going on the road to complete the quest and bring an end to the ritual murders. Their relationship is still new, tested at every turn by danger and magic.
Seth and Evan head to Charleston to stop the next warlock and save his intended victim. But this time, they’re too late. The warlock has already powered up, and he’s determined to destroy the two hunters one way or another. A deadly curse on Seth and Evan means time is running out. Can they find a way to turn the tables, or is Charleston their final destination?

Seth started out his battle against the dark warlocks on his own, but that changed once he rescued Evan. Even though the hunt to destroy the warlocks and save the sacrifices put them both in danger, it was easier than doing it alone. They both found out along the way that there is strength in numbers. This time, they needed all the strength they could get from allies both new and familiar. The next warlock was one step ahead of them. Not only did he beat them to his sacrifice, he found their greatest weakness – keeping them apart.

There was little or no down time in Unholy, which made it a pretty quick read. I think that this may have been my favorite book in the series so far. Honestly, that may have been because of all the crossover characters that were included in this story. Their trip to Charleston brought them to Cassidy, Teag and Sorren (Deadly Curiosities). Seth and Evan had called on them for help before, but this was the first time they had met in person. It also brought them face to face with “people” they were used to fighting instead of trusting. Needless to say, the new experiences, wrapping their heads around a new reality and the constant danger kept the pages turning.

I adore this world that Morgan Brice/Gail Z. Martin has created. It’s especially fun when the series characters cross over and their was obviously quite a bit of that in Unholy. If you’re a fan of Urban Fantasy you can pretty much start anywhere in any of the series in this intertwined world.

One hundred years ago, a sheriff’s posse killed dark warlock Rhyfel Gremory, but his witch-disciples escaped, and their magic made them nearly immortal. To keep their power, each year one of the witch-disciples kills a descendant of one of the men in the posse, a twelve-year cycle that has cost dozens of lives, including that of Seth Tanner’s brother, Jesse.
Seth uncovers a cycle of ritual murders that feed the witch-disciples’ power, and he saves Evan Malone, one of the warlock’s potential victims. Neither Seth nor Evan expected to fall in love, but when the dust settles, they find themselves on the run and on the road together, heading toward Pittsburgh, on the trail of the next killer.
Seth wonders whether Evan will come to regret his choice to stay together, now that he’s living the reality of Seth’s nomadic life and the risks that come with it. He wants Evan to stay, but he’s afraid that Evan would be better off without him, living a normal life. Evan’s whole world has been upended, but there’s one thing he’s sure of, his love for Seth. Evan worries that he’s a liability, not yet able to hold his own in Seth’s rough-and-tumble world, but determined to do whatever necessary to have Seth’s back. On the way to face the next warlock, supernatural threats abound, forcing them to learn to fight as a team.
Fate and danger threw them together. But once the adrenaline fades, will love last?

In true “Creative Deeds Reads” fashion, I somehow missed this book. By the time I realized my mistake I had already read both Dark Rivers and Flame and Ash. Yikes! Burn was a nice reminder of how new things really were between Evan and Seth, so I guess it wasn’t too much of a blunder on my part. 😉

Burn takes place right after the events in Witchbane. Even though Evan was thrown head first into the supernatural world in Richmond, he had no idea exactly how extensive that world was. Burn was kind of like an initiation. A lot happened in this story and the events tested both Evan and Seth and their new relationship. Evan spent time proving himself and Seth spent time hoping the reality of dealing with everything didn’t scare Evan away. They both had something to prove and they didn’t always handle things perfectly.

Burn was the perfect transition story for the Witchbane series. Both men learned a lot about themselves and each other. It also built on the world that this series is centered around – and touched on characters from other series the are a part of the same world. Next up for me is Unholy, the 4th book in the Witchbane series (if you consider Burn 1.5).

One hundred years ago, a sheriff’s posse killed dark warlock Rhyfel Gremory, but his witch-disciples escaped, and their magic made them nearly immortal. To keep their power, each year one of the witch-disciples kills a descendant of one of the men in the posse, a twelve-year cycle that has cost dozens of lives, including that of Seth Tanner’s brother, Jesse.
Seth rescued Evan Malone from one of the witches, and they’ve fallen in love despite the danger and chaos, going on the road to complete the quest and bring an end to the ritual murders. Their relationship is new, their emotions are raw, and the danger is real. It’s a challenge to find their way as a couple while they’re on the road together in the close quarters of Seth’s RV, training in magic and combat skills to fight off a supernatural killer.
In pursuit of the next witch-disciple, Seth and Evan team up with older hunters Milo and Toby as their quest to stop a century-long killing spree takes them to a small town in the Blue Ridge Mountains. They’re ahead of the sacrifice cycle, with plans to stop the murders and kill the dark witch. Only this time, the hunters become the hunted when the witch knows they’re coming to get him, and has deadly plans of his own. When their lives are on the line, will love be enough? 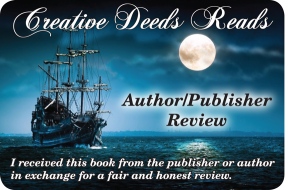 I fall in love with this series with each new book. Although, I have to say, as much as I love Seth and Evan, one of my favorite aspects since Witchbane are the supporting characters. Flame and Ash was most definitely no exception. That’s especially true since Milo and Toby were the closest thing to family that Seth had. Getting to know Milo and Toby added another layer to Seth’s back story that readers got to learn about right along with Evan.

Evan was nervous about officially meeting Seth’s mentors, but he shouldn’t have been. Milo and Toby already knew that Evan was good for Seth. He had been a loaner long enough. He needed someone who had his back and supported him. Someone who was closer than a phone call away. Someone who helped him concentrate on more than the witch-disciples they were chasing.

Flame and Ash added another layer to the Witchbane series. With each book Evan and Seth get closer, the danger gets more intense and their skills become more honed. I can’t wait until the next installment.

Seth Tanner and his brother Jesse’s fun evening debunking local urban legends ends with Jesse’s gruesome murder. Seth vows revenge on Jesse’s killer – too bad the murderer has been dead for a hundred years. Seth uncovers a cycle of ritual killings that feed the power of a dark warlock’s immortal witch-disciples, and he’s hell bent on stopping Jackson Malone from becoming the next victim. He’s used to risking his neck. He never intended to risk his heart.

Question? Why hasn’t anyone clued me in on Morgan Brice? I’ve now picked up two books from this author that were initially released over a year ago and I had no idea. NONE! Well, I guess the important thing is that this new to me author is now on my radar.

Witchbane was intense… and the opening chapter was heartbreaking, so prepare yourself. The events of that night changed Seth forever and led him right to Jackson, hoping to break the cycle that started a century ago.

I loved the characters as much as I liked the premise. The danger kept the pages turning and the rest of the series promises to be just as action packed and intriguing. Needless to say, I’m going to be tracking down the rest of the books in this series. Burn is the next novella, followed by the second book in the series, Dark Rivers. Stay tuned!