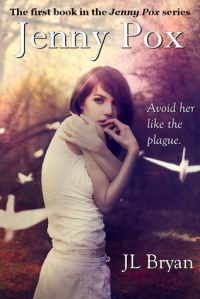 Eighteen-year-old Jenny Morton has a horrific secret: her touch spreads a deadly supernatural plague, the “Jenny pox.” She lives by a single rule: Never touch anyone. A lifetime of avoiding any physical contact with others has made her isolated and painfully lonely in her small rural town.

Then she meets the one boy she can touch. Jenny feels herself falling for Seth…but if she’s going to be with him, Jenny must learn to use the deadly pox inside her to confront his ruthless and manipulative girlfriend Ashleigh, who secretly wields the most dangerous power of all.

Review update: I originally read Jenny Pox in March of 2012. I was debating about whether or not I was going to pick it up for a reread before I started Tommy Nightmare. Since I was given the audio version of the book, my decision was made for me. I don’t listen to a lot of audio books, but I’m beginning to see the appeal. The audio version of Jenny Pox had me just as enthralled as the ebook version. My review stands true from my previous read and now I’m looking forward even more to continuing the series.

Before I start this review, I need to make a confession. I think I might be one of the few people around who read J.L. Bryan’s Songs of Magic Series before at least starting his Paranormals Series. I’m not sure why I waited, but the good news in all of this is that it was definitely worth the wait and I can now call myself a true J.L Bryan fan. 🙂

I picked Jenny Pox up on a Saturday and finished it before the weekend was over. Once I got into the story, it was an impossible book to put down. Jenny’s story was as heartbreaking as it was beautiful. I loved getting to know her and the other characters. Then there were the not so nice characters – trust me, there was no shortage of those either. I honestly don’t think that I’ve ever read a character that I disliked more than Asleigh.

There were parts of Jenny Pox that were very hard to read. When things went bad, they went really, really bad. The cruelty that Jenny endured was really hard for me to grasp throughout the book. The length that Ashleigh was willing to go to reach her own personal goals was terrifying. The climax of the book took me totally by surprise. I never saw it coming. Powerful, heartbreaking and terrifying. Wow!

Before you read Jenny Pox you need to realize that this is not a YA read. Even though the main characters are teens, they are older teens. The themes are very adult and the emotions are raw and intense and the author doesn’t sugar coat either.

I can’t wait to pick up the next installment of this series. The good thing about waiting to read a series is that you don’t have to wait to read the rest of the books. Tommy Nightmare, Alexander Death and Jenny Plague-Bringer are ready and waiting for me to pick up. Sometimes procrastination pays off. 😉

What am I Tweeting? 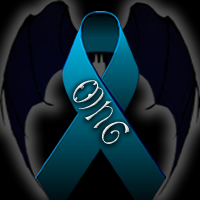