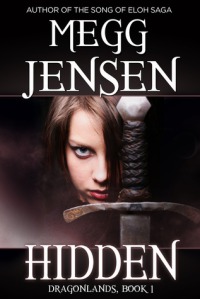 The mystery enshrouding Hutton’s Bridge is as impenetrable as the fog that descended at its borders eighty years ago. Each year, three villagers enter the mist searching for answers. No one ever returns.

Then a dragon falls from the sky to the town square, dead—the first glimpse of an outside world that has become nothing more than a fairy tale to Hutton’s Bridge. Except to Tressa.

Tressa grew up with Granna’s stories of the days before the fog fell. When Granna dies, leaving Tressa without any family, Tressa ventures into the fog herself, vowing to unravel the foul magic holding Hutton’s Bridge captive.

What she discovers beyond the fog endangers the lives of everyone she loves. 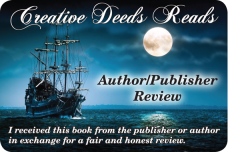 Oh how I have missed Megg Jensen’s fantasy books. Megg first caught my attention with her Song of Eloh Saga which includes both her Cloud Prophet Trilogy and the Swarm Trilogy. The world building in those books was full of magic and mystery. Even though I really enjoyed Shucked (her fun and adventurous Young Adult mystery) and am finishing up her Hell Bent/Heaven Sent compilation that she first wrote under the name Isobel Lucas, I missed the Fantasy aspect of her writing. I’m pretty sure that Dragonlands is going to take care of that…. in a very big way.

Hidden grabs you from the Prologue. It’s an introduction that leaves you with equal amounts of history and mystery. No one knows where the fog came from, but it controls every aspect of Hutton’s Bridge from that day forward.

Hidden also had an interesting cast of characters. Some I loved and some were easy to hate. I’ll let you come to your own conclusions on that one. 😉 Then there were the ones that I was never quite sure about. Tressa’s personality and strength were a product of her life circumstance. She was prepared to deal with whatever came her way with or without help from anyone else. Yet she was fully prepared to help anyone else who needed it. I can’t imagine growing up in the world that they lived in. They knew nothing else so it was accepted, for the most part.

Tressa’s friends were just as strong, selfless and determined as she was. I liked both Bastian and Conner. It was easy to see why they were all friends. Their dedication to the people that they loved and to each other was what made them the perfect candidates to leave Hutton’s Bridge. It should come as no surprise that once they took that first step, nothing would be the same.

The rest of this review is going to be vague, and I’m sorry for that. It’s just that so much happens from the time these three step beyond that barrier that I don’t want to spoil any of it. Some of it was predictable, some of it was jaw dropping, some of it was…. well, you get the picture. There were a few little ‘bumps’ here and there and a couple of places where I wanted to know more, but there was a lot of ground to cover, especially since this is the first book in a series. Once I got to a certain point, I couldn’t put this book down. Hidden basically had it all… plenty of action, twists and turns in the story and the characters, a touch of gore, and just the right amount of romance to keep things interesting.

Be prepared though, in true Megg Jensen fashion, no one is safe. There were moments when I had to stop and re-read what I had just read. Not because it was confusing but because I couldn’t believe what I just read had actually happened. You just have to keep in mind that ‘Authors are Evil’ and they can pretty much turn the character’s world upside down on a whim. Speaking of which… can you say ‘cliff hanger?’ Readers are left with more than one mystery at the end of Hidden. I’m not sure how I feel about how some of the characters were left, but we’ve been promised that Hunted, book two in the Dragonlands series, is coming soon. *taps foot and waits patiently* 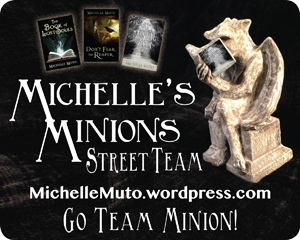 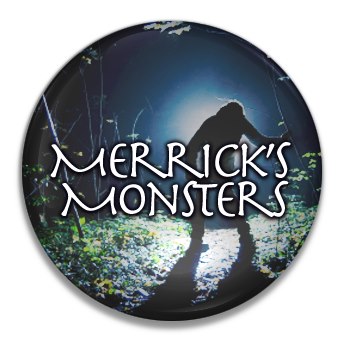