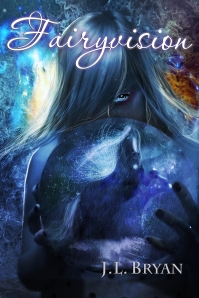 Jason, Erin, and the other Zebras go on a world tour with their enchanted instruments, only to encounter the mysterious supernatural Folk of India and the Far East. While they tangle with their record company, Erin tries to avoid dealing with the secrets she’s learned about herself, while Jason pieces together a mystery surrounding a very special golden guitar called Caliburn.

In Faerie, Aoide the Lutist and her troupe finally return home from their long adventure. They’re struggling to get new gigs, but Aoide senses opportunity in the form of special new magic mirrors that can broadcast concerts, plays, and other entertainment all over Faerie.

When I first read Fairy Metal Thunder, I thought it was kind of quirky and cute. As the Songs of Magic series continues, I can’t really say that anymore. Of course it’s still quirky and cute. It’s still centered around a group of teens who stole magical instruments from a troupe of talented fairies. You can’t get much quirkier than that. The difference is that with each installment, J.L. Bryan takes it up a notch. The humor, wit, danger, action, lessons learned… it’s all so much more than it started out to be.

There’s just so much to love about this series, especially the constants. Erin and Jason are still great together. Dred is still the voice of reason. Mitch is still totally ridiculous and the parents of the Zebras are still clueless. Then there are all the new twists and turns, secrets revealed, new character traits and surprises that J.L. Bryan throws into the mix that keep the pages turning. I not a only love the time that readers spend with Eric, Jason, Mitch and Dred, but now Aoide and her troupe have become so much more than the fairies that had their instruments stolen. The bad guys are even fun to hate! 😉

Like I mentioned, the author took this one up a notch. There was sill a lot of silliness, but it was laced with some seriousness too. Despite what’s on the surface, these characters are dealing with real issues. The balance works well and keeps those serious moments from weighing readers down. As for how things were left at the end of Fairyvision? I have to admit that I saw where things were going, but I still wasn’t prepared. The fate of a few characters were definitely in question at the end and there will be a lot of changes that they will all have to deal with in the next book. I can’t wait to see exactly how J.L. Bryan plans on turning this one around….